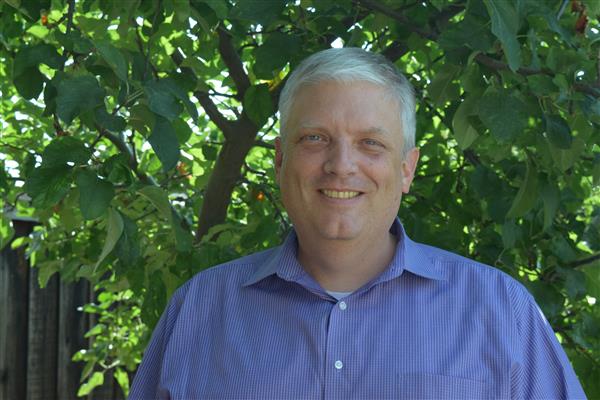 Bridget is a dedicated community volunteer and teacher who has served thousands of hours in the district. From 2012-2016 she taught second and third grade at Fairwood Explorer School, SSD’s Program of Choice that focuses on project-based learning and parent participation. Bridget earned her bachelor's and master's degrees in English from San Francisco State University and later obtained her Multiple Subject Teaching Credential from National University. She also holds a Teaching English as a Foreign Language (TEFL)/Teaching English as a Second Language (TESL) certificate to work with English Language Learners from Notre Dame de Namur. Bridget is the mother of two sons, both of whom attended Sunnyvale School District.

Michelle Maginot has been a Sunnyvale resident for more than 30 years. She attended Cumberland Elementary School, Sunnyvale Middle School, and Fremont High School. She currently has two students in the district and her third/youngest will be starting school this the fall. She received a bachelor's degree in political science from Brigham Young University. While in college, she interned at the U.S. Department of Education in Washington D.C in the Office of Legislation and Congressional Affairs.

She has been an active member of the school’s PTO board and started an annual welcome back picnic at the school. In 2010, she organized and continues to run a weekly music class for toddlers and parents free to the community. The following year she organized and continues to run a monthly mothers’ career development and support group. She has been active in her children’s sports leagues and is an active member of her church community. She has also been an active participant as a Project Cornerstone ABC reader, leading hour-long lessons on various topics around social-emotional well-being.

Her hope as a board member is to continue the great work of the board and administration and continue to work to remove the barriers which prevent some of our students from receiving the high-quality education our schools provide.

Isabel Jubes-Flamerich is originally from Venezuela. She said she is a proud American citizen and mother of two sons, who have been students of the Sunnyvale School District throughout their entire school career.
Isabel is an avid educator, a community volunteer, a designer, a communicator, a green building professional, and always committed to supporting a better natural and built environment. Over the years, she has also produced and hosted hundreds of educational bilingual podcasts/radio shows from Stanford University.
She earned a bachelor’s in architecture and a master’s in environmental design, among other postgraduate studies. She is currently an architecture instructor at West Valley City College and has worked designing and building a greener world locally and abroad for many years.

Over the years, she has played many roles, but she says the parent role has been the most important by far. She is committed to serving as the voice of diversity, a great listener, and an advocate for equity and fairness, always open to learn and help future generations.

Nancy Newkirk has lived in Sunnyvale for 36 years. She received a bachelor's degree in nursing from the University of Florida and was trained in early childhood education. She holds a credential in Family Development. She previously served as a Master Teacher at the Ohlone College Lab Preschool Program for three years and as Head Teacher with HeadsUp! Child Development Center in Palo Alto for two years. She volunteered as a First 5 Family Ambassador in Sunnyvale, a youth bowling coach at Homestead Lanes and as a Music for Minors Docent. She is a member of the Sunnyvale Collaborative for Healthier Youth and Safe Routes to School Advisory Committee.

She is a Santa Clara School Boards Association District Representative and is active on the Hoffman Awards and Legislative Advocacy committees. At the state level, she has completed California School Boards Association's Masters of Governance Program, served on Delegate Assembly, and on the School Health Advisory Committee-Conditions of Children Obesity Task Force. Currently, she participates in the Santa Clara County Equity Network.

In 2011, she served on the Yes on Measure B steering committee, which advocated for a parcel tax that would bring $1 million annually to the district for seven years.

Ms. Newkirk first served on the Sunnyvale school board in 1995. She said her focus remains on supporting student success.